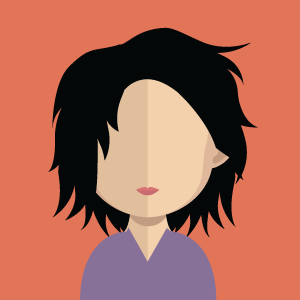 Unfortunately, I had a pretty traumatic childhood. My parents were always fighting, and I was faced with trying to decide what to do about my own personal feelings. When I got older, I knew that I needed to do something to relieve the stress that I was feeling even many years later, so I started focusing on going to counseling. My first few appointments were a little nerve-racking, but the counselor worked hard to make me feel comfortable. I was really impressed with how gentle and kind she was, and I felt really great about the progress I was making. This blog is all about benefiting from counseling.

2 Bad Communication Habits That Could Be Ruining Your Marriage

Lately, whenever you try to have a conversation with your spouse, you may find that it somehow turns into either a disagreement or even a full-blown argument. If so, you may have developed bad communication habits, especially when it comes to talking to your partner. The next time you do have a disagreement, pay attention to how you are communicating to see if you are exhibiting such habits that could be ruining your marriage.

1.  Neglecting to Actively Listen While Your Spouse Is Speaking

One bad communication habit you may have developed when it comes to your spouse is neglecting to actively listen to them when they are speaking to you. Especially in this day and age, there are a lot of different things that demand our attention, such as computers, games, and phones.

If your spouse starts talking to you while your attention is elsewhere, you may hear what they say, but you may also not fully engage in the conversation. This not only causes you to miss vital information and clues, but it can also hurt your partner's feelings since it is often obvious when they do not have your full attention.

2.  Starting Sentences with "You" During Disagreements

Another communication habit that could signal problems with your relationship is starting sentences with "you," especially during disagreements and arguments. When you use that word first, it has an accusatory sound to it, which will often put your spouse on the defensive.

Instead of using "you" at the beginning of a sentence, start them with "I." You can do this by saying, "I feel that sometimes." This turns the focus on your emotions instead of their actions, which can open up a more constructive conversation

Learning how to communicate with your spouse is just as important as what you say to them. If you and your significant other are having problems talking to each other and it is putting a strain on your relationship, consider making an appointment at a marriage counseling clinic to get to the root of your problems as well as learn new, more productive ways to communicate with one another.